Myanmar is a country sandwiched between India, Bangladesh, China, Laos and Thailand. The southern part of the country is barely grazed by the East-West Economic Corridor, an important economic corridor in Southeast Asia.

10 Things to Do in Yangon

I think it is easy to do sightseeing in Yangon because the tourist attractions are relatively concentrated in the center of the city. [MAP] The following is a list of things to do when you come to Yangon for sightseeing.

Legend has it that the Shwedagon Pagoda was built about 2,500 years ago, but actual studies and surveys suggest that it was built between the 6th and 10th centuries.

In 1608, the Portuguese explorer Filip de Brito e Nicote plundered Shwedagon, and when he was crossing the Bago River to carry the bells in Shwedagon to make materials for cannons, he dropped the bells into the river and could not retrieve them again.

A chedi in the center of Yangon. It is said to have been built more than 2,500 years before the Shwedagon Pagoda.

A water bus connecting Botahtaung to Insein in Yangon opened in 2017.

A large bazaar in the village of Pabudan in the center of Yangon, Myanmar. Known for its colonial architecture and cobblestone streets, this market is a tourist attraction that features antiques, Myanmar handicraft and jewelry stores, art galleries, and clothing stores.

Bojo Aung San Market is also a market with a popular black market money exchange. The market is lined with many stores selling medicines, food, clothes, and foreign products to local shoppers.

Apparently, it was built by the Japanese.

Two things to do in Yangon sightseeing (suburbs) 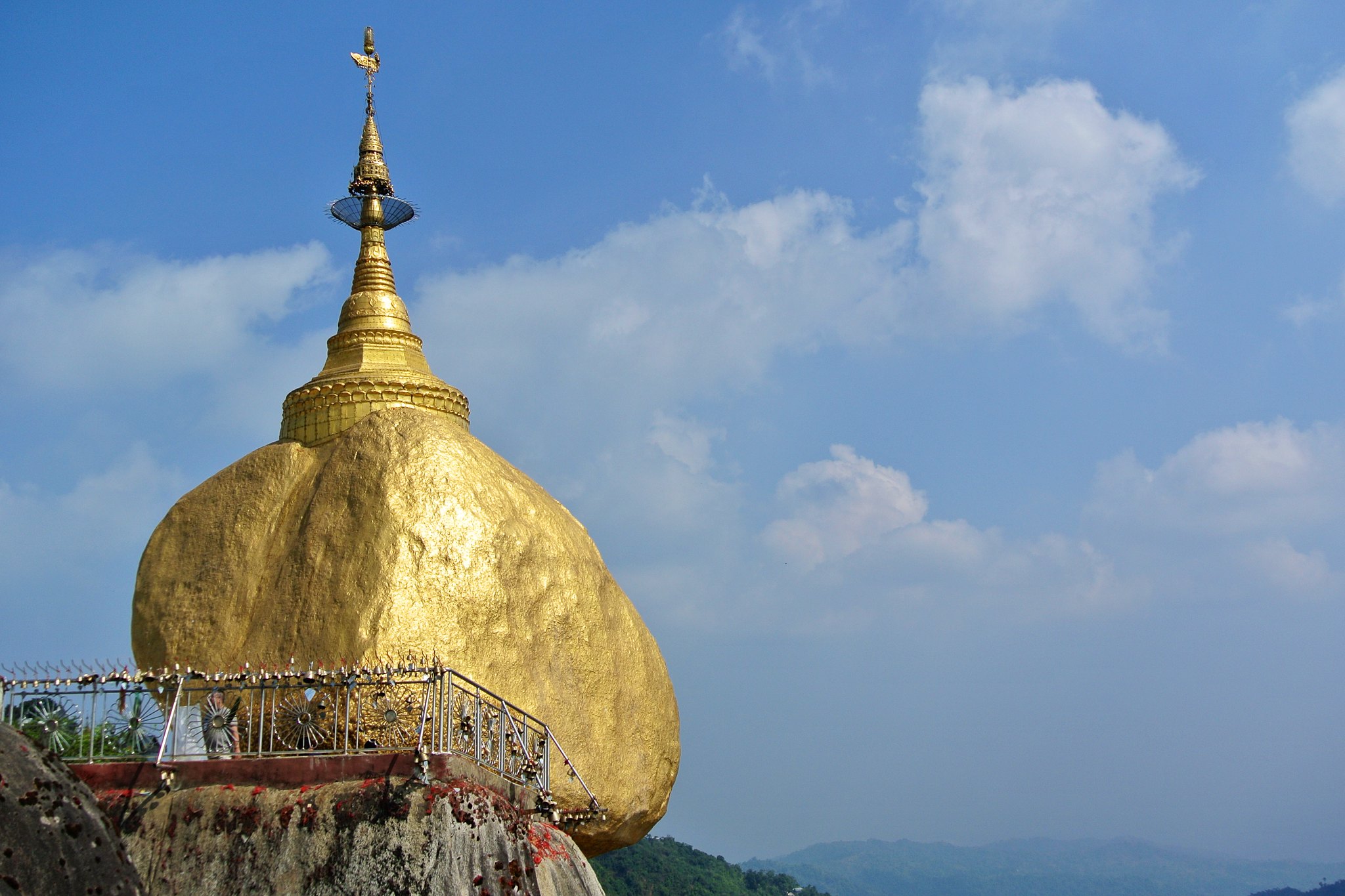 A five-hour drive from Yangon.

One and a half hour drive from Yangon.

10 Things to Do in Mandalay Sightseeing

Along with Angkor Wat in Cambodia and Borobudur in Indonesia, it is one of the three major Buddhist sites in the world.

How to get to Bagan

(Part 1) One hour flight from Yangon

Walking on the world’s longest wooden bridge, the U Bein Bridge

Fascinated by the sculptures at Shwenandaw Monastery

Wood carving decoration, wooden temple. Hats off to the meticulousness of the carvings.

Counting the number of white stupas at Kuthodaw Pagoda

The number of stone slabs is said to be one of the largest Buddhist scriptures in the world. The marble stone slabs are contained in each stupa.

Meet the Golden Pigs at the Kakku Pagodas Complex

The golden pig that discovered the Kakoo ruins and prayed from morning to night is enshrined here.

The cave temple houses more than 8,000 golden Buddha images. It is said that if you apply the sweat of one of these Perspiring Buddhas to your body, it will bring you happiness and beauty.

How to get to the Pindaya Caves

(1) Fly from Mandalay to Heho, then take a bus over the mountain.
(2) 3 hours by bus from Inle Lake.

[Bagan Sightseeing] A walk through the world’s three major Buddhist sites. A selection of recommended spots to efficiently visit the countless stupas and temples!

The reaction of the immigration officer at Yangon airport without a visa. How I connected to the internet and power, bought a SIM card, and withdrew cash from an ATM

From Yangon to Bagan and Mandalay by bus. How to get to Aung Mingalar Bus Terminal and map of the super huge labyrinth

Discover the best guesthouse for solo travelers in Yangon. Less commuting is perfect for nomads and remote workers.

[Yangon Japanese food] Oishii Sushi, a sushi restaurant downtown. Why is sushi in Southeast Asia like that?

Visa, Clothing, and Security Tips for Tourism in Myanmar. Why do you need an umbrella even in clear weather?
A selection of cafes with Wi-Fi and power when I was in Yangon on my Myanmar tour! I don’t want to be a refugee anymore
ホーム
MYANMAR