When foreigners see Japanese people, they think they have money and immediately try to extort money from them.

Just the other day, there was a robbery with sleeping pills in Manila (a Japanese person gets robbed probably once every two months), but there are many bad guys who will talk to you if you dress and act like a Japanese person on the street.

Such bad people will always lie in a desperate attempt to get information about Japan and feel closer to Japanese people.

I also almost met an island-hopping scam in Yangon, so I would like to report the whole story to help alert Japanese tourists.

I met him on Mahabandullah Street.

I was on my way to the Sule Pagoda, where I had a bad experience last time, when I was approached by this Myanmarese man.

[Yangon Sightseeing] There was no room to touch Buddha's benefits at Sule Pagoda
Well, it's time for another edition of Yangon Tourism. The Sule Pagoda is one of the two largest pagodas in Yangon, along with the Shedagon Pagoda....

Where are you from? I thought it would be complicated if he thought I was Japanese, so at first I told him I was Korean, but later it became troublesome and I revealed my true identity.

The Myanmarese man then started to tell me what he knew about Japan.

The typical Japanese name Tanaka is also suspicious, and since the white thing that Myanmar people wear on their face is also called Tanaka, it is possible that he chose a name that is easy to say.

Then he told me the following.

When I went there, I found a landing place to cross to the other side of the river, the dark side of Dala. 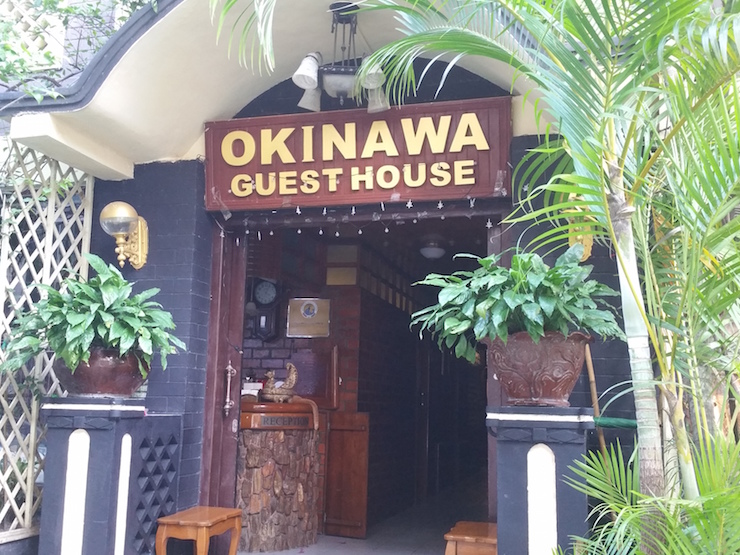 We walked through the Sule Pagoda for about 30 minutes. 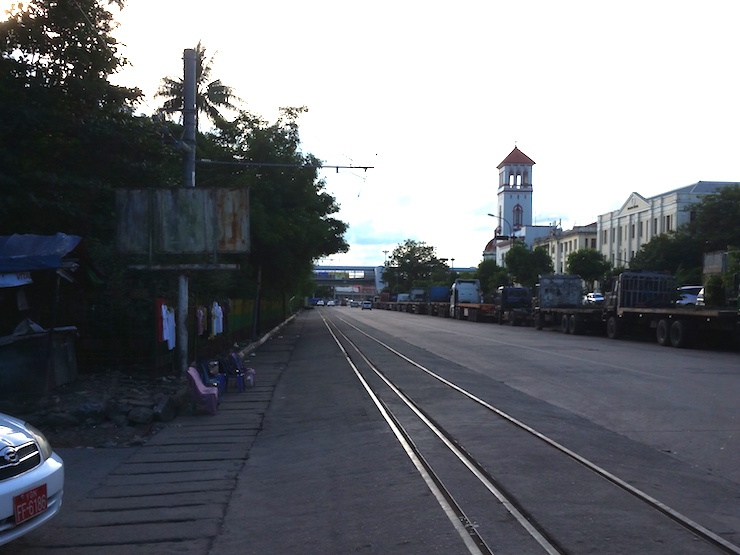 We came to a remote part of the city that looked like it. When I asked the Myanmarese man about the railroad track in the photo, he said it was used only once a day to transport goods. Now, maybe that was a lie, too. 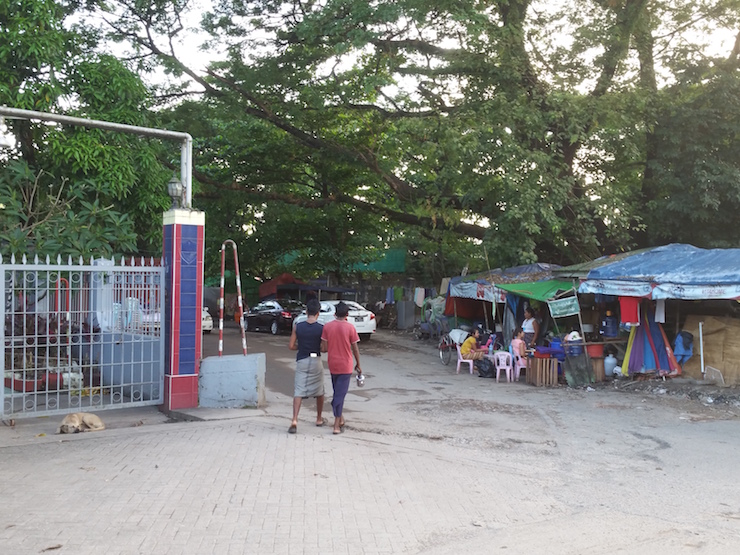 Then we arrived at an area that smelled very local. When I asked him where he was going, he only replied, “To a fishing village. 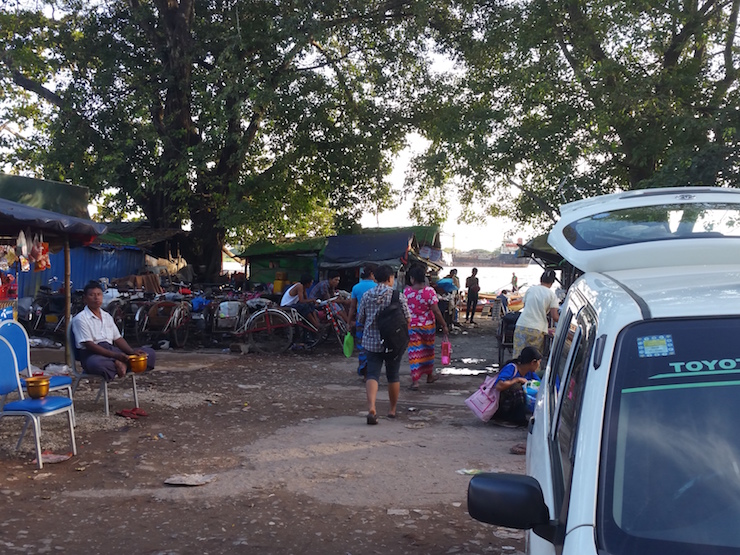 Finally, the Yangon River came into view. There were a lot of dogs around here and it was very scary. 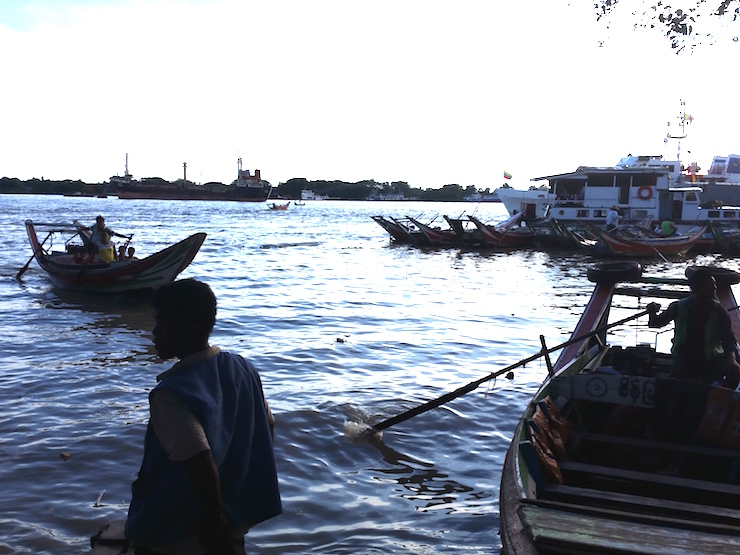 At first, I thought there was a fishing village nearby, but when I went there, I found it was a boat landing.

When I asked about the fare, I was told it was 500 kyat, but when I looked it up on the Internet, I found it was 200 kyat, so I told him I wouldn’t go because it was too expensive. Then he got upset and told me to go swimming.

Well, it was 400 kyat for the two of us, so the boat fare was reasonable, but I could see that they would charge me an additional guide fee after actually showing me around across the Dala. It’s an Asian cheating rock-paper-scissors.

If a young brown man approaches you around the Sule Pagoda, it’s best not to deal with him.

Other areas around the landing stage

After I left the attempted rip-off Myanmarese, I went for a walk around the area. 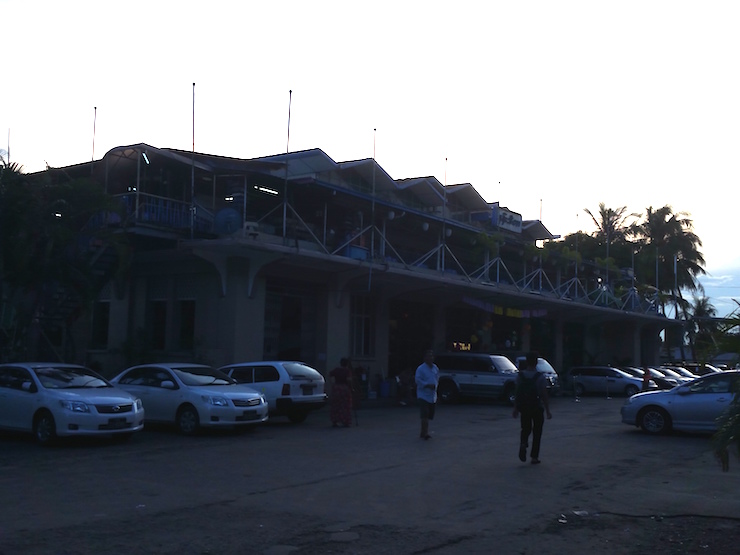 A small and beautiful restaurant. You can have an elegant dinner while looking at the sea.

The area is lined with stalls with a strong local flavor.

I later found out that this ferry terminal was not only for pontoon boats to the other side of the river, but also for a large ferry donated by Japan and a water bus that had recently started service.

Gazing at the city from a water bus and taking pictures with Myanmarese people [Yangon Sightseeing]
I've been writing about sightseeing in Yangon, Myanmar every day and every night. This is Takaki. Today, I would like to report on the new water bu...

Later, when I was looking up information about Myanmar on the Internet, I found that the Ministry of Foreign Affairs of Japan’s overseas safety website described the incident I experienced exactly as it was.

（カ）In September 2017, a Japanese traveler asked a young man who approached him at Sule Pagoda to show him around the Dala area, and was charged double the original guide fee. Even when the Japanese refused, the Myanmarese insisted on following him to the hotel and eventually made him pay what money he had.

This is exactly what happened to the young man from Myanmar, who must have been responsible for the island-hopping scam that was attempted in 2017.

As I had expected, the whole thing ended up with more than just a cup of coffee and double the price of the guide. I’m glad I didn’t get carried away and go along with them.

Furthermore, an alert was issued on September 24, 2018, including rip-offs in the Dara area. This is probably because the number of Japanese people who are less aware of the dangers of traveling to Japan has increased since visas are no longer required.

While taking a walk in Yangon, after being taken on a sightseeing tour of the Dala district, the guide charged me several times more than the original amount. When I refused to pay, several men surrounded me and forced me to pay. Also, when I refused because I didn’t have any money on me, they followed me to the hotel where I was staying and to an ATM to make me pay.
(We have received several cases of people being approached downtown and directed to the Dala district.)

I would like to see more of these sites appear at the top of searches, but with the government’s lack of IT literacy, it seems that this will not be possible even in 100 years, so I am reaffirming that we as individuals must manage our own risks.

Discover the best guesthouse for solo travelers in Yangon. Less commuting is perfect for nomads and remote workers.

[Yangon Japanese food] Oishii Sushi, a sushi restaurant downtown. Why is sushi in Southeast Asia like that?

From Yangon to Bagan and Mandalay by bus. How to get to Aung Mingalar Bus Terminal and map of the super huge labyrinth

The reaction of the immigration officer at Yangon airport without a visa. How I connected to the internet and power, bought a SIM card, and withdrew cash from an ATM 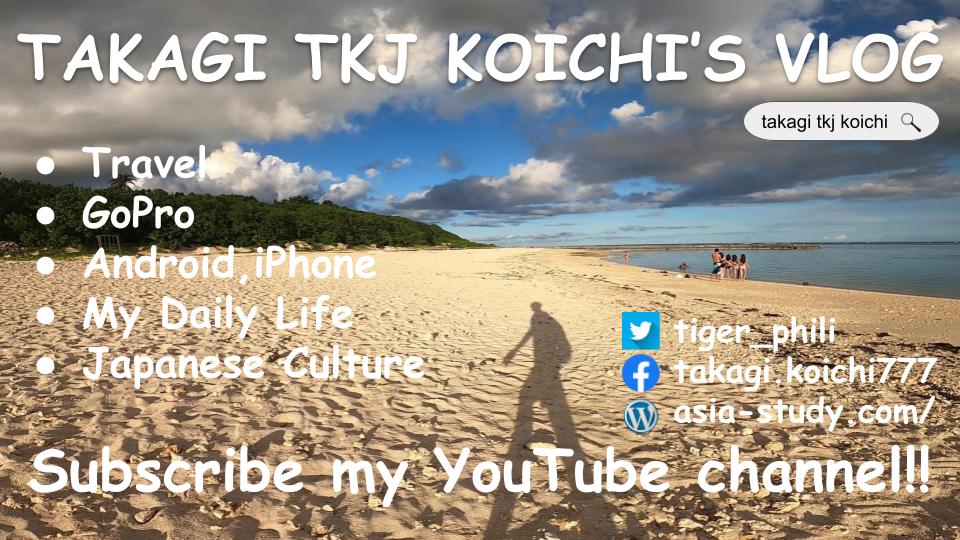